The Mass Rapid Transit Authority of Thailand (hereinafter called “MRTA”), Ministry of Transport, the Kingdom of Thailand, is implementing the MRT Yellow Line Project, Lat Phrao – Samrong Section (hereinafter called “the Project”) according to the Cabinet’s approval of the Project on March 29, 2016 for the implementation of Public Private Partnerships (PPP) Net Cost scheme for the monorail system of the MRT Yellow Line Project, The public sector will be responsible for land acquisition cost whereas the private sector will invest in all civil works, M&E systems, and monorail rolling stock, including operation & maintenance services.

The concession period shall be 33 years and 3 months (divided into the design and construction period 3 years and 3 months, and the operation period 30 years). In addition, the Cabinet also approved the budget expenditures for the mass rapid transit project, including allocation of subsidy to the private entity for the civil works of the MRT Yellow Line Project in the amounts not exceeding 22,354 million baht which is the present values as agreed in the concession contract. The subsidy shall be paid to the private entity by equally yearly installments for the period of not less than 10 years upon the start of train operation services. The Ministry of Transport and the Mass Rapid Transit Authority of Thailand (MRTA) will ensure that the project implementation will be in strict compliance with the Private Investments in State Undertaking Act, B.E. 2556 (2013). 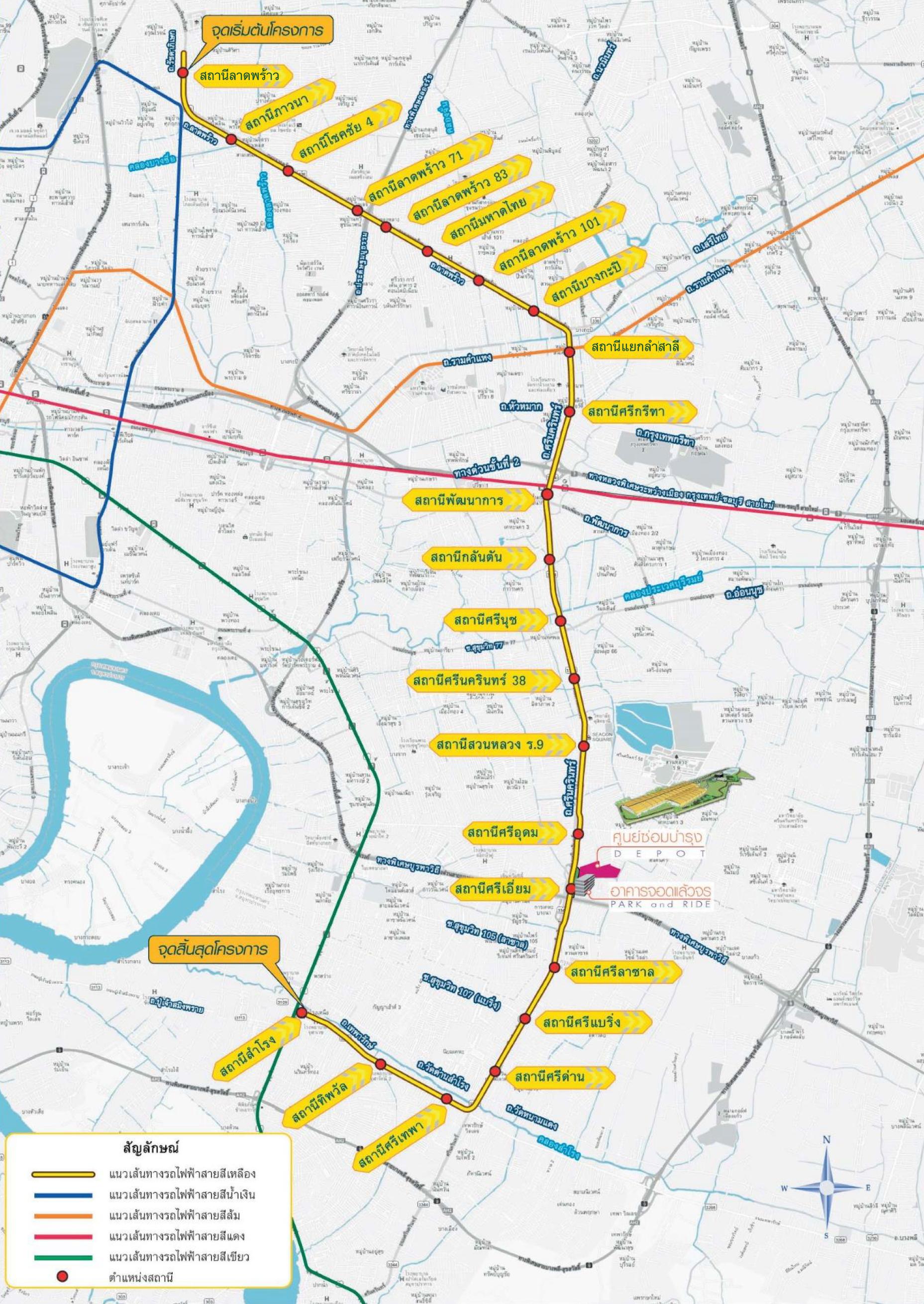