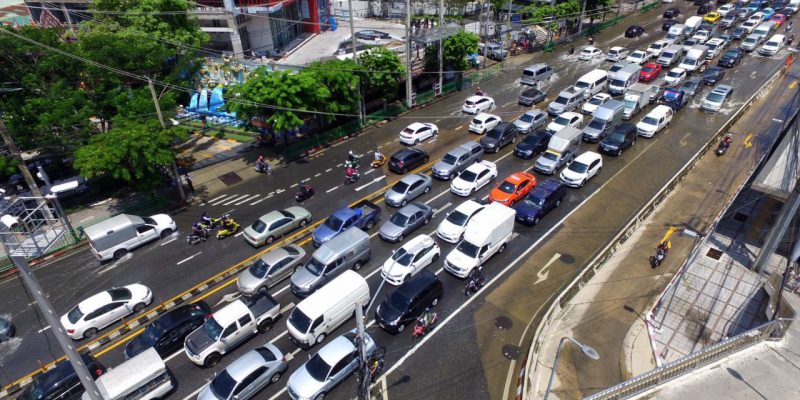 The notoriously congested Lat Phrao Road will have even less space for vehicles starting Friday night as construction of the Yellow Line elevated railway will begin.

The Mass Rapid Transit Authority of Thailand announced that the right lane of the inbound  Lat Phrao Road will be closed to traffic at two spots from 10pm Friday night.

The elevated railway will link  Lat Phrao to Samrong in Samut Prakan.

The MRTA has advised motorists to plan their travel as the traffic is expected to worsen.

MRTA reported the progress of the MRT projects’ construction plans to its board on August 21.

Construction plans of both the 34.5-kilometre, Bt47-billion Pink Line, Khae Rai-Minburi, and the 30.4-kilometre, Bt46-billion Yellow Line, Lat Phrao-Samrong, will be postponed by six months from last June to December this year.

The planned auction of the 23.6-kilometre, Bt101.11-million southern Purple Line will be postponed from this October to December.

The board also approved a draft bill for the MRTA to proceed with its MRT projects in Chiang Mai, Phang Nga and Phuket provinces.